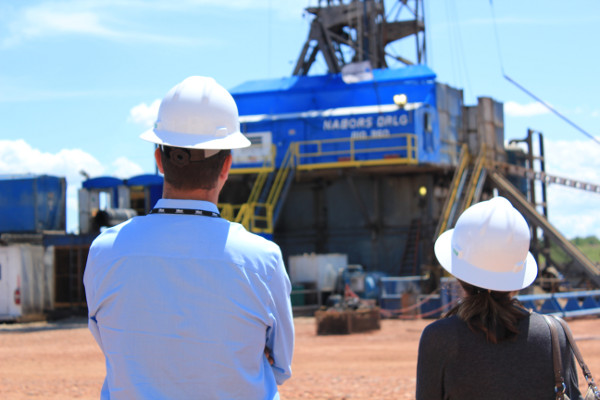 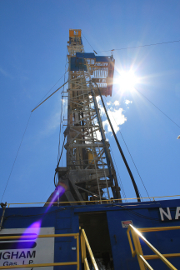 You can’t miss the signs. In towns like Williston, N.D., the local roads are littered with ‘help wanted’ notices. Field operators, technicians, drillers, drivers, mechanics and cooks are being hired by the hundreds. Thanks to a huge boost in natural gas and oil production, unemployment in North Dakota is down to 3 percent – one third of the national average. In these prospering boomtowns, private investigators, forensic accountants and attorneys aren’t at the top of the list of skilled workers in greatest demand. But that may soon change.

This is a new focus for investigators. Yet to become a successful specialist in this promising niche will require a deep understanding of the legal, regulatory and economic forces that have turned the phenomenal financial success of “fracking” into to a source of growing controversy.

Another set of signs has been appearing recently, carried in the hands of protestors from Dallas to Pittsburgh to New York City. Their slogans: “Fracking = Death,” “Safe Fracking is a Fairytale,” and “No Fracking Way.” Public scrutiny has increased amid rising anxiety and media coverage. State hearings on drilling-related issues held in New York, for example, drew over 6,000 attendees and generated more than 10,000 written comments.

Improved production of natural gas has been made possible by technological advances in hydraulic fracturing, or “fracking,” in which pressurized liquids are forced down into the wellshaft during the drilling and extraction process. The liquids create new channels in the underground rock, releasing trapped pockets of natural gas or petroleum. The initial drilling can require over 500,000 gallons of water, blended with a mix of sand and chemicals. Those chemical recipes are considered trade secrets by many well operators, who have fought hard to keep them from public disclosure. Their lack of transparency has fueled attacks from environmentalists and personal injury attorneys, who claim that fracking chemicals have killed livestock, poisoned water supplies, caused earthquakes, and made many people seriously ill. 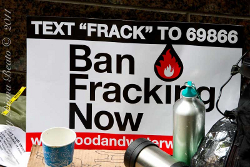 Law firms with experience in mass torts are preparing for a new wave of class-action litigation related to the health and environmental damages allegedly caused by fracking. Last May, Arkansas landowners filed class-action suits against XTO Energy, Chesapeake Energy Corporation and BHP Billiton Petroleum, claiming that unsafe drilling had contaminated groundwater and damaged their land.

Similar actions have been filed in other states, and more will surely follow, concentrated in the areas of major resource plays such as the Marcellus Shale (New York, Ohio, Pennsylvania, Virginia and West Virginia) and similar formations in Arkansas, Colorado, Louisiana, Montana, North Dakota, Oklahoma, Texas and Wyoming. Another lesson from asbestos litigation is that plaintiffs in mass torts may engage in “forum shopping” by filing or consolidating their cases in court venues where local juries or judiciaries are considered sympathetic, from Maryland to Mississippi to Madison County, Ill. This means that investigative firms operating far from the oil and gas fields may be enlisted for litigation support. 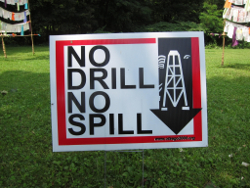 Plaintiffs are pursuing a variety of legal claims, including negligence, fraud, nuisance, trespass, breach of contract, violation of federal pollution laws, and criminal liability. PIs can provide valuable support by locating and interviewing witnesses, and inspecting the physical condition of wells, pipelines and frack ponds. Forging relationships with forensic engineering firms and environmental consultants may lead to further field work.

For energy companies defending against such claims, the legal strategy will likely involve identifying other possible sources for known contaminants. These tactics will be familiar to PIs who have investigated personal injury claims related to asbestos and mesothelioma. Faced with the prospect of multi-million-dollar damage awards, corporate defendants will commonly dig deep into the past to find an alternate plausible theory for the source of the plaintiff’s illness. Certain toxins linked to fracking are naturally occurring, such as benzene, arsenic and mercury. Other contaminants may be attributable to prior land usage or alternate sources, such as factories or farms. PIs performing background investigations in these situations will need to provide detailed address histories and a thorough examination of the land’s prior owners and uses. 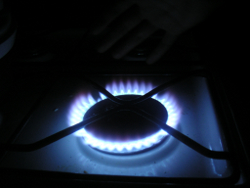 In 2005, with cooperation from Vice President Dick Cheney, the energy industry lobbied successfully for an exception to the Clean Water Act, which legally safeguarded companies from having to disclose their chemical formulas. Industry critics refer to this sweetheart deal as “Halliburton Loophole.” If fracking were truly safe, they ask, why would the industry bother lobbying for an exemption from safety regulations?

This past November, the Environmental Protection Agency issued a draft report indicating the contamination of groundwater in Pavillion, Wyoming was likely due to unsafe fracking practices. Similar claims have been made in the past by environmentalists, but this was the first time the EPA officially weighed in on the subject. The three-year EPA study was vehemently refuted by Encana, the company responsible for the Pavillion wells, which responded: “Many of the EPA’s findings from its recent deep monitoring wells, including those related to any potential connection between hydraulic fracturing and Pavillion groundwater quality, are conjecture, not factual and only serve to trigger undue alarm.” Politicians in resource-rich states, such as Wyoming Governor Matt Mead and Oklahoma Senator James Inhofe, similarly expressed skepticism about the EPA’s claims. This controversy will not be settled soon. There are many more years ahead of lawsuits, hearings, and investigations.

Disputes arise when landowners discover that their neighbors are receiving considerably more money for comparable mineral rights. Payment discrepancies may depend on superior negotiating skills, industry connections, or subtle differences in the shale buried under their backyard. Or the landowner may be a victim of unscrupulous sales tactics and criminal coercion.

Last year in Ohio, State Representative Dennis Murray asked the Ohio Attorney General to investigate claims that energy companies were using deceptive sales tactics to persuade landowners to sign leases. A document purported to be an instruction guide for energy company agents had been found in a driveway near Yellow Springs, Ohio, providing some pointed advice, such as: “Multiple studies have shown that property values decrease for land with oil and gas leases on their property.void this topic.”

“Ohio needs to protect its property owners from the organized criminal activity in which it appears at least one company is engaged,” announced Rep. Murray in a statement. Though the investigation by the Ohio Attorney General found no evidence to support the fraud allegations, similar concerns have been echoed in Maryland, where Attorney General Doug Gansler acknowledged that some homeowners are being swindled with high-pressure sales tactics. Gansler described these deals to a local TV station: “You just gave away what potentially could be thousands of thousands of dollars of value of your property, for pennies on the dollar.”

Even in situations where the sales and lease-signing has been handled in a responsible fashion, underpayment of gas royalties can be quite common, contends attorney James Holmes, a partner of Dallas-based Schmidt and Holmes LLP. “Eight times out of ten, we find some sort of nonconformity with the lease payment standards and the way royalty payments are being made when it comes to natural gas,” said Holmes, who has spent the better part of the last decade suing energy companies on behalf of royalty earners in Texas, Oklahoma and New Mexico. “The pricing problems are rampant and pervasive,” says Holmes.

Pricing and payment errors by energy companies can be attributable to intentional manipulation or inadvertent mistakes – or both. The potential for price manipulation is greatest when dealing with “wet gas” and liquefiable hydrocarbons that require processing at a plant, because the upstream costs can be overstated relatively easily by energy companies. “It’s like an onion, there are multiple layers of pricing difficulties,” says Holmes. For the average landowner, it can be nearly impossible to independently confirm whether the production figures accurately reflect the yield of specific wells, or whether the pricing figures are reasonable. These circumstances have given rise to a new breed of litigation: the royalty underpayment lawsuit. Beyond cultivating business relationships with attorneys and petroleum accountants, professional investigators seeking to specialize in this new field may benefit from networking opportunities and educational seminars offered by the National Association of Royalty Owners.

Improved technology and newly tapped reserves have spurred the boom in natural gas drilling, pumping profits into companies such as Cabot Oil & Gas, where the stock price doubled between 2010 and 2011. Investors are always eager for the next big thing. Yet when the gold-rush mentality hits an opaque industry where financial facts and figures can be difficult to independently verify – such as natural gas – then another concern quickly comes into focus: securities fraud.

Consider the case of Petroleum Unlimited LLC, central player in a scam that raised $2.9 million in private placements, purportedly for oil and gas exploration, according a January 2011 enforcement report by the Securities and Exchange Commission. Petroleum Unlimited never actually found any oil. Instead, most of the funds from the duped investors – over $2 million – were used to pay sales brokers at boiler rooms, according to the S.E.C. For future investors, private investigators can play an important role in pre-deal due diligence; and in the event of suspected fraud, PIs will be needed to substantiate allegations in civil suits, and search for recoverable assets.

Critics also contend that scant governmental oversight may encourage otherwise legitimate companies to cook the books. In August, Range Resources, Cabot Oil & Gas Corp. and Goodrich Petroleum were subpoenaed by the New York Attorney General under the Martin Act, to determine whether they were truthfully accounting the lifespans and profitability of their natural gas wells, according to Bloomberg. In general, energy companies reportedly enjoy low risk of government audit on production or pricing matters, though they are monitored by state energy commissions and state comptrollers.

During a period when countless deals are being cut, and significant sums of money are changing hands, identity theft and consumer scams are also legitimate worries. During the course of our investigation, we encountered several energy companies that freely disclosed confidential information about our clients – including copies of their canceled checks and account details – without attempting to verify our bona fides. Simply by identifying ourselves as our client’s representative, we were given full access to their financial records. It is easy to imagine how a con artist could take advantage of such a situation.

The current energy boom is not risk-free. As for whether the rewards of fracking outweigh the liabilities, that debate will continue for years in courtrooms, regulatory hearings and corporate boardrooms. Meanwhile, for PIs, there is plenty of work ahead.

John Powers is director of strategic intelligence for Beacon Investigative Solutions (www.beaconintlgroup.com), a full-service investigation agency licensed in over 40 states and headquartered in Columbus, OH. He can be reached at 800-535-2136 or j.powers@beaconintlgroup.com.

This article was originally published in the April 2012 issue of Professional Investigator Magazine.