A Drone of Your Own: The Future of Domestic Surveillance

A Drone of Your Own: The Future of Domestic Surveillance 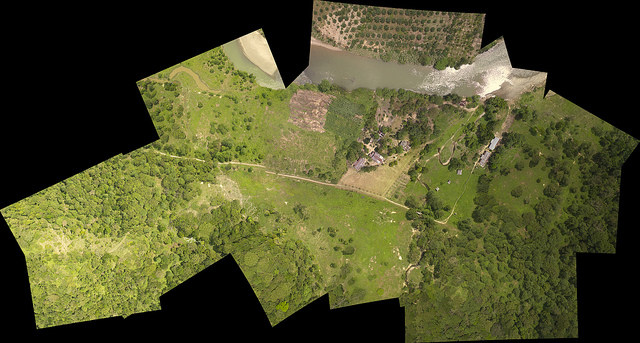 Now that the Supreme Court has ruled against warrantless GPS tracking by police officers, law enforcement agencies are gearing up for next big development in domestic surveillance: unmanned aerial vehicles. These remote-control miniature aircraft have state-of-the-art digital video capabilities and can read the registration sticker off a license plate from a cruising altitude of 500 feet. Is it only a matter of time before private investigators and security firms acquire UAVs of their own to follow cheating spouses, insurance scammers and other targets from an undetectable distance? 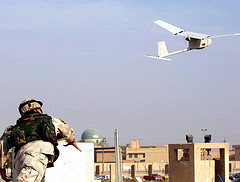 The U.S. military currently has a fleet of more than ten thousand drones, reports Nick Paumgarten in The New Yorker, and the technology – and hundreds of human operators – are rotating home after their service in Iraq and Afghanistan.

Over 85 percent of the military’s fleet consists of small, lightweight models such as the Puma, Wasp and Raven manufactured by AeroVironment, based in Monrovia, Calif.

AeroVironment suggests that these smaller surveillance-only models are suitably proportioned and priced for sheriff’s offices and metropolitan police departments, unlike, say, the budget-busting $4 million Predator from General Atomics, or the monstrous $35 million Global Hawk from Northrop Grumman.

The Federal Aviation Administration (FAA) had banned domestic drones back in 2007, but recent legislation passed by Congress will open up the American skies to military and civilian drones by 2015. The FAA has already issued dozens of Certificates of Authorization (COA) to public organizations allowing them to deploy their own unmanned aircraft, including the FBI, Air Force, DARPA, and NASA, as well as major research institutions such as The Ohio State University. 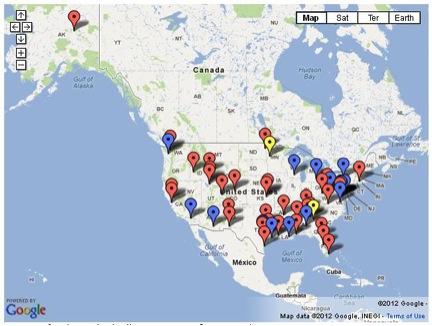 The Electronic Frontier Foundation has compiled a list of certificate holders, and generated this eye-opening map of current drone activity across the country, based on documents obtained from the FAA.

Ultimately, the loudest buzz may be generated by commercial use of drones in the private sector.

Chris Anderson, the editor of Wired and a UAV enthusiast, offered this outlook in a recent interview: “The Internet was once a military thing, but we colonized it and took it away from them. Right now, drones are scary. I’d like to make them unscary. What if all the U.A.V.’s in the air don’t say ‘L.A.P.D.’ and, instead, say ‘Pizza Hut’.”

What if, instead, they say Beacon Investigative Solutions?

by An Honorable German