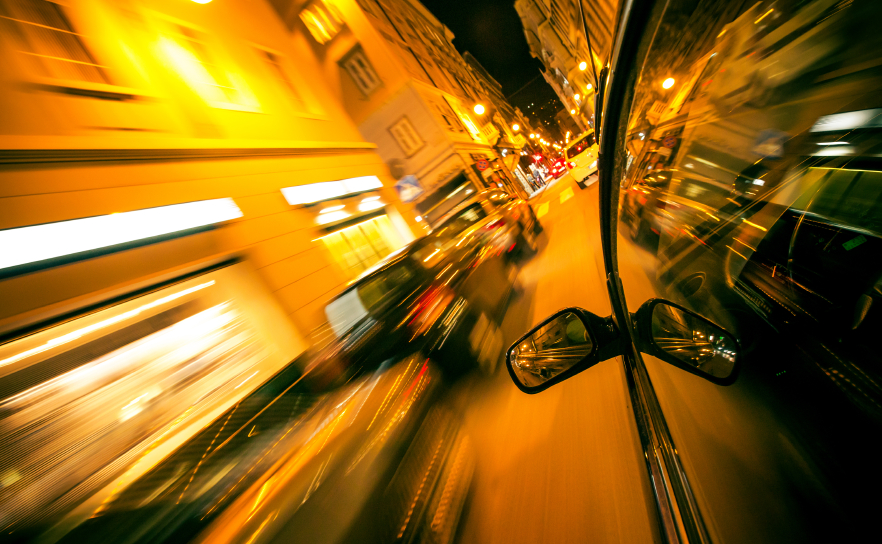 When most people think of GPS trackers, the images that spring to mind include cheating spouses, concerned parents, and police covertly tracking criminals. Yet GPS is also used for many legitimate business concerns. Recent legal precedents, however, have pushed GPS tracking into a legal grey area in many states, raising concerns among executives and their corporate counsel about how their companies should employ the technology.

How Innovative Businesses Rely on GPS

For years, logistics and delivery companies have relied on GPS tracking and geospatial technology to monitor their freight containers and trucks. UPS, for example, pioneered the use of commercial GPS to improve route-mapping and other operational efficiencies across its fleet of 60,000 drivers. “If I can just reduce one mile per driver per day, that’s more than 20 million miles a year, that’s tires that aren’t being wasted, that’s 2 million gallons of fuel, that’s 20,000 metric tons of carbon not going into the air,” UPS Director of Process Management, Jack Levis, told Penn State Public Broadcasting.

GPS tracking of company vehicles has also been used by businesses seeking to monitor their mobile sales force and field reps. Software applications, including Salesforce.com, can also be used to compile location-aware data from the smartphones of off-site workers. Of course, it’s not just people that need to be monitored: energy, construction and excavation firms frequently employ GPS to keep close tabs on the location of their heavy equipment.

GPS also plays an important role in corporate investigations. A company in Ohio recently retained Beacon Investigative Solutions to track company vehicles used by employees who were suspected of orchestrating an insider theft. With the help of GPS tracking, the perpetrators were successfully identified, and evidence against them was turned over to the police for prosecution.

The Legal ‘Grey Area’ of GPS

It has now been a year since the landmark Supreme Court decision in United States v. Jones, which ruled that warrantless GPS tracking by law enforcement is illegal. As Justice Scalia wrote in the majority opinion of the Court:

We hold that the Government’s installation of a GPS device on a target’s vehicle, and its use of that device to monitor the vehicle’s movements, constitutes a “search.” It is important to be clear about what occurred in this case: The Government physically occupied private property for the purpose of obtaining information.

For law enforcement agencies, the ruling was very clear: warrantless GPS tracking constitutes a violation of The Fourth Amendment protection against unreasonable searches and seizures. However, the Supreme Court did not address the use of GPS tracking by businesses or private individuals, leaving such matters up to state lawmakers and judiciaries.

Today, from state to state, there is still no consensus on the legality of GPS tracking in circumstances that do not directly involve law enforcement.

In most states, GPS tracking by licensed private investigators is considered acceptable if the company or person who requests that a tracking device be installed on a vehicle is an owner or co-owner of the vehicle. After all, if it is your property—either your personal property or your business property—you have the right to know how it’s being used, and you have a right to physically occupy your own property.

Those rights have been largely upheld amid legal challenges. For example, in 2007 a New Jersey woman hired a private investigator to follow her husband, whom she suspected of having an affair. After the husband managed to elude the surveillance, the investigator recommended that the wife install a GPS device, which she placed in the glove compartment of their SUV. The husband was soon discovered riding in the car with another woman. He later sued his wife for invasion of privacy and “substantial and permanent emotional distress” and he also tried to sue the investigator. Yet in 2011, a New Jersey appellate court ruled in favor of the woman and the investigator, concluding that the husband had no reasonable expectation of privacy because the GPS device tracked him on public streets.

Several states have passed laws related to GPS tracking that are far more restrictive. These state laws include the following provisions, as summarized in a 2012 presentation by Cincinnati law firm Dinsmore & Shohl LLP, and supplemented with more recently enacted legislation:

California: California state law forbids the use of electronic devices to determine the location of other individuals, unless done with consent or by law enforcement.

Delaware: Electronic tracking is considered an “invasion of privacy.” The installation of an electronic tracking device on the car of another individual is forbidden unless the individual consents to being tracked. Exceptions to this law exist for law enforcement and parents.

Michigan: Although unauthorized usage of a GPS tracker on a vehicle is a misdemeanor offense in Michigan, the state law explicitly exempts licensed private investigators from such restrictions in the course of his/her duties.

Tennessee: It is considered a criminal offense to install, conceal or place an electronic tracking device on a vehicle without the consent of all owners of the vehicle, although exceptions exist for parents tracking the whereabouts of their minor (driving age) children, or when the device is being used to track stolen goods.

Texas: The placement of “electronic or mechanical tracking devices” on the vehicles of others without their consent is forbidden. Exceptions are allowed for law enforcement and licensed private investigators with consent of the car owner. There is also a “Good Samaritan” exception.

In other states, such as Colorado and Washington State, invasion of privacy and/or anti-stalking laws may apply. Legislators in several other states, including Virginia, Minnesota, and Rhode Island, have proposed laws to limit mobile tracking devices.

Knowing what state laws apply – and under what circumstances these devices can be legally employed – is critical for businesses that utilize GPS tracking technology. For national firms, with mobile employees and company-owned vehicles that routinely crisscross state lines, the challenge of keeping track of the still-emerging case law is particularly acute. Nevertheless, GPS tracking remains an essential tool for many businesses that utilize the technology in an ethical, effective and legal manner.

About the Author: John Powers is director of Beacon Investigative Solutions. His articles on private investigation and related matters have appeared in Huffington Post, AOL Money & Finance, Private Investigator Magazine, Competitive Intelligence Magazine and The Legal Investigator. Email him at jpowers@beaconinvestigation.com.

About Beacon: Beacon Investigative Solutions is a national private investigation firm licensed and authorized in 45 states and Washington, D.C.